Home Karnataka A visit to the Land of Coffee, Chikmagalur
Karnataka

A visit to the Land of Coffee, Chikmagalur

Chikmagalur is known as the ‘Coffee Land’ of Karnataka. I have been to many destinations to explore tea plantations in India. However, I had never visited coffee estates from where my favorite beverage originate. Because of this, Chikmagalur had been on my ‘to visit’ list for a long time.

So, one extended weekend, I decided to visit Chikmagalur and checkout the attractions it had to offer, along with the vast coffee estates. We booked our homestay in Chikmagalur and it was splendid.

To reach Chikmagalur, we had booked KSRTC bus from Bangalore. The bus takes 4 hours to reach chikmagalur and the rate is Rs 441 per seat. We had booked seats in Airavat bus, owned by KSRTC. The Airavat bus is volvo bus and we reached chikmagalur comfortably. 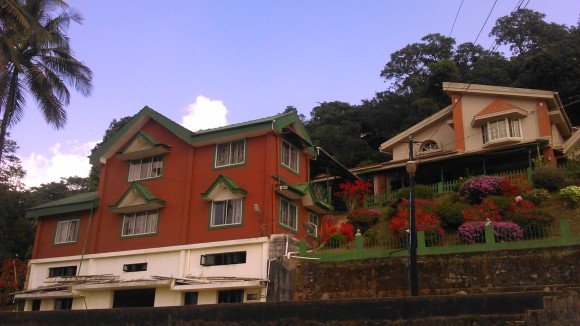 Our Homestay in Chikmagalur

We hired a cab for Rs 2,500 and planned the chikmagalur itinerary. First we headed to Kalahatti Waterfalls. There was great enthusiasm in the atmosphere and people were dancing to the tunes of dholak. But, our enthusiasm reached rock bottom when we saw the waterfalls. It was not worth a visit and a total waste of time. However, we tried to trek up a little to find an amazing view. But, to our disappointment, there was none. In addition, there was filth all around. The place is not recommended for a visit.

Next, we went to Mullayanagiri Peak, the best attraction in Chikmangalur. The Mullayanigiri is the highest peak in Karnataka and the view from the top of peak is surely spectacular. The trek is not that strenuous. The car can go right to the top and after that, you just need to climb 500 steps to reach the topmost viewpoint. After admiring the spectacular view, we headed towards Jhari Falls. 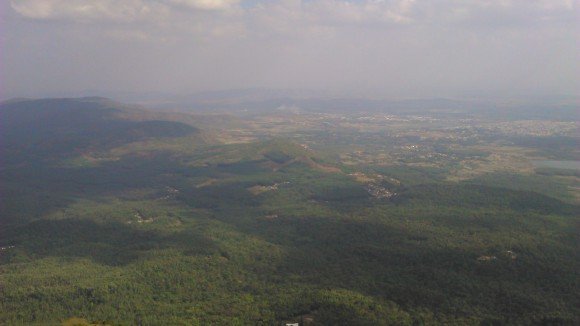 Jhari falls is located at a distance of 15 KMs from Mullayanagiri in Chikmagalur. After Kalahatti falls, we had less expectation from Jhari falls. When we reached there, we discovered two options to reach the falls. One was to take a jeep and drive down to the falls. The second option was to trek down amidst coffee estates. We chose 2nd option as it would provide a better experience. Moreover, the jeep cost Rs 600 for one trip. So by trekking down, you would save some money.

After 2 KMs of an easy trek, we were able to reach Jhari Falls. The site that we witnessed was way better than Kalahatti waterfalls. The water splashes on the ground from an impressing height. In January also, there was enough water. I guess post monsoon might be an even better time to visit Jhari falls.

As we were admiring the magnanimity of the falls, we realized that a rainbow had formed. The setting sun had penetrated the water droplets and formed a beautiful spectrum of colors. This was the closest I had been to any rainbow. We spent around 1 hour at Jhari Falls and started our trek back. We took shortcuts to include some extra adventure. Finally, we were able to reach where our car was parked. We savored some delicious omelet with coffee. As the sun was setting, we started our way back to the Chikmagalur Homestay where delicious dinner would have been served already. 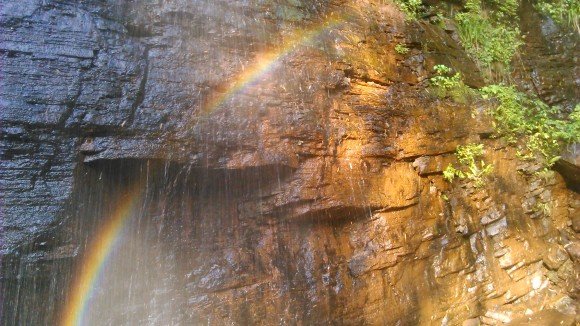 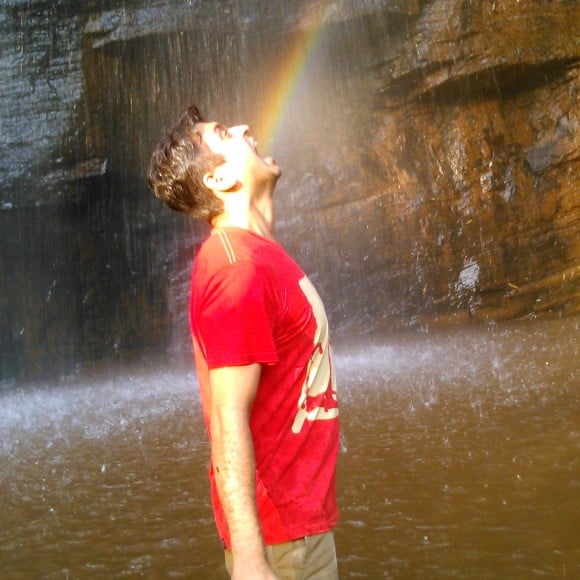 Closest I have been to a rainbow, Jhari Falls, Chikmagalur

The 3rd day was 26th Jan, republic day. We started the day by witnessing Modi welcoming Obama on our television set. As the breakfast was being served, we decided to take a walk, with the Chikmagalur homestay owner, to the coffee estate.

Nesting Grounds Homestay in Chikmagalur is a property located amidst 50 Acres of Coffee Estate. Contrary to popular belief, the coffee estates do not smell like coffee. The smell is inherited when the coffee beans are roasted. We learned a lot about coffee plantation which was very informative. I have captured some details here. 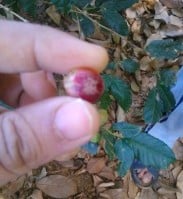 After plucking the coffee beans manually, peeling of skin is done by a machine. Post peeling, the seeds are dried in sun to evaporate all the moisture. Once the seeds are dried, bags are filled to the capacity of 50 KGs per bag. These bags are bought by vendors based on the current coffee market rate. After collecting the bags, these vendors roast the seeds and subsequently sell to players like Nestle.

Coffee is a commodity which witnesses differences in the market prices on a day to day basis. Brazil plays the most important role in influencing the global coffee price. India stands at 7th position in Coffee production.

After exploring the coffee plantation, we relaxed and spent some quality time. We had sumptuous lunch before leaving the homestay. We caught the bus for Bangalore.

We reached Bangalore 1.5 hours late than our scheduled time from Chikmagalur due to an accident. However, the Chikmagalur trip was certainly one of the best trips I made in recent times. If you are in Bangalore, do take out a weekend to explore the coffee estates in Chikmagalur. Not to mention, do visit the highest peak in Karnataka and Jhari falls while in Chikmagalur.

Have you been to Chikmagalur? What was your experience? Do let me know in comments.

If you are planning to visit Chikmagalur, you can have a look at my recommendations for places to visit in Chikmagalur

A visit to the Land of Coffee, Chikmagalur was last modified: August 4th, 2017 by Umang Trivedi 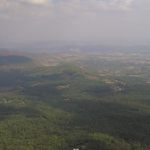 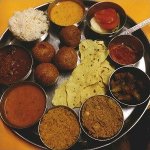 Magnolia Resorts – An abode amidst a...

Exploring the Magnificent Spectacles of Hampi

sir this bolg is too good inspiration for the new traveler to travel chikmaglur ,this is is helpfull and too good.Hi sir this is manjeshkar i request you for one dofollow backlink for my web page http://www.staybuz.com/homestays-in-chikmagalur/. this page is have list of homestays in th chikmagalur.
thank you

Nice blog thanks for this posting. its really amazing

Very informative and useful blog
If someone is planning a Tour or a Trip to Chikmagalur then I have to share something useful here, there is tour agency in Chikmagalur which provides the best is best tour packages and trip packages in affordable prices
Check it out here http://coffekadu.co

Here you can explore and book kalpetta homestay, These are the one of the best place to stay in kalpetta wayanad. Explore photos, reviews, terrif and much more with homevilas.Visit: https://www.homevilas.com/In/Kalpetta/homestay-in-kalpetta

Homevilas provides best homestay accommodation in Ahmedabad, Gujarat at very low prices. View Photos and Room rates/Price of Stay in a Home stay, Book with homevilas and feel like home away from home in gujarat.Visit: https://www.homevilas.com/In/Ahmedabad/homestay-in-ahmedabad

Thanks for sharing this informative blog!
I highly recommend Homestay for rent in your vacation trips.
Visit: https://www.homevilas.com/Blog/2018/09/12/unlock-the-natural-beauty-of-himachal-pradesh/

Pictures really looks amazing and genuine. I was really not aware about the beauty of the Chikmaglur, after reading this blog I make up mind to visit this beautiful green city.

Can we go by bikes ourselves..or definitely we need to hire a cab

Mekanagadde Homestay is the best homestay in Chikmaglur since 2006. The budget package includes all meals and activities with campfire. Witness the coffee picking season from December. 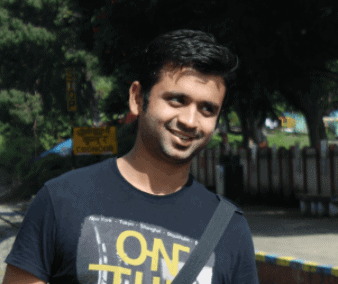