How Couchsurfing Helped Me During my First Solo Trip

It was a pleasant evening at the Kuta beach in Bali. The surfers were returning after a session of surfing. Their silhouette appeared joyful, having faced the rapid ocean waves triumphantly. The surfers ducked to stray safe from the shuttle which flung between two other guys playing badminton. Mild hues of orange and pink adorned the horizon as the Sun set sail for the other side of globe. I sunk my feet in sand and sat on the beach with my arms wrapped around my knees. A couple of surfers still surfed in the ocean, waiting for the last ray of light to fade away. I grabbed beer on my way out and headed towards the streets of Bali. 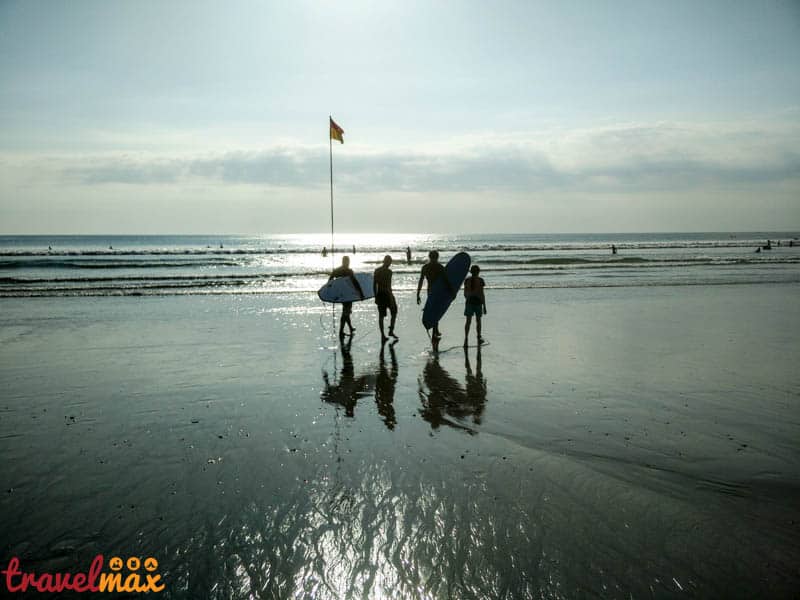 The surfers returning after their feat 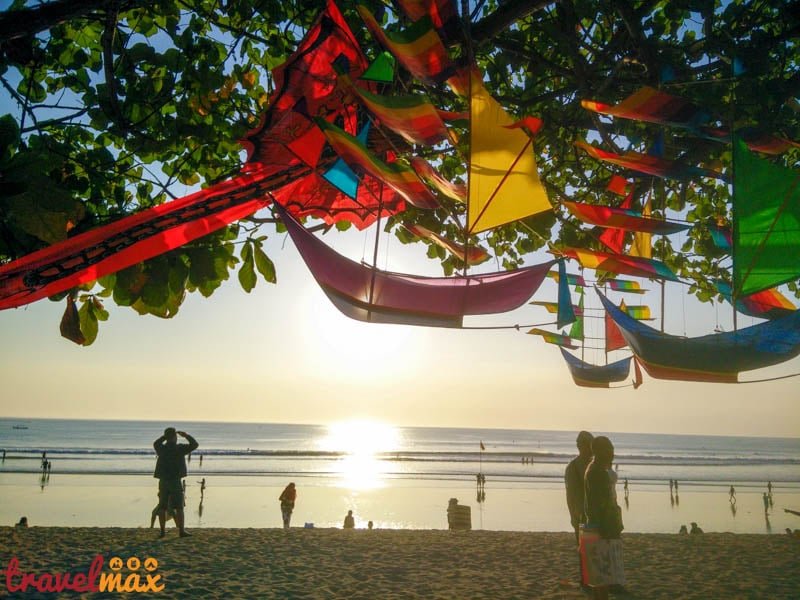 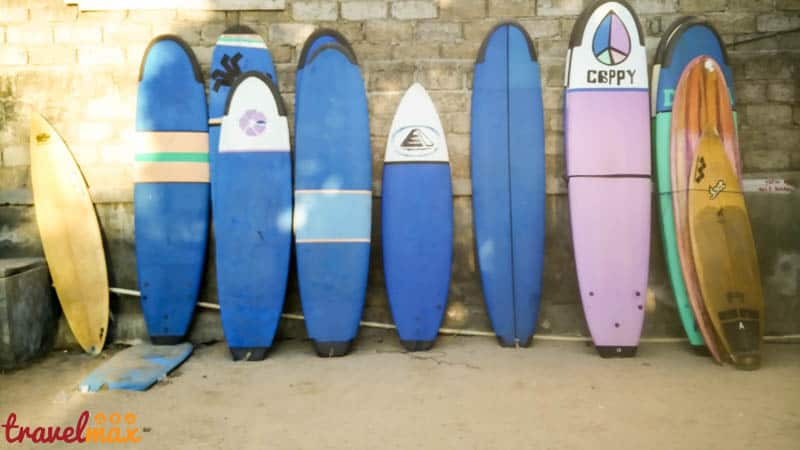 Surfboards lined up at the beach

As the sun gave way to the night lights, night lovers started filing the streets. As I gulped the last sip of my beer, I felt low. I wish I had some friends with me right now. Bali nightlife was unfolding in front of me and I was sitting on a fence, opposite hard rock cafe. The music had now started echoing on the streets.

Today was my first day in Bali so I was not too keen to party and socialize with new people. After exploring Kuta beach and seeing the nightlife set in, I headed back to my hostel, wondering if Solo trip was a good idea. I’d rather be with friends. But, there were 20 more days to go and I can’t just keep coming back to my hostel early.

Unfortunately, the idea of staying in hostels didn’t work well in Bali. The hostel was way too private for travelers and no common area to socialize existed. I realized this hostel was not a good choice.

The next morning came with many hopes. I was ready to meet new people and get social. Sulking and being lonely for the next 19 days was not an option!

I roamed the streets around, smiling at folks who walked past me. Started chatting with random folks at shops, cafes and restaurants. I realized that people are inherently friendly. But, the circumstances should be right for a casual chat. It wouldn’t be a good idea to barge in a couple apparently having an argument!

That afternoon, I had lunch at an authentic restaurant serving sea food. It was a good experience, but would have been better with friends! Well, fortunately, I was going to a Couchsurfing meet later that night. For the uninitiated, Couchsurfing is a platform where travelers can connect with other travelers or locals. The locals can also host travelers visiting their city.

I reached the meetup venue on time and waited for folks to walk in. In the next half an hour, around 20 people had gathered. We introduced ourselves and had a gala time knowing about each other’s travel stories. The meet was attended by both, locals and travelers. 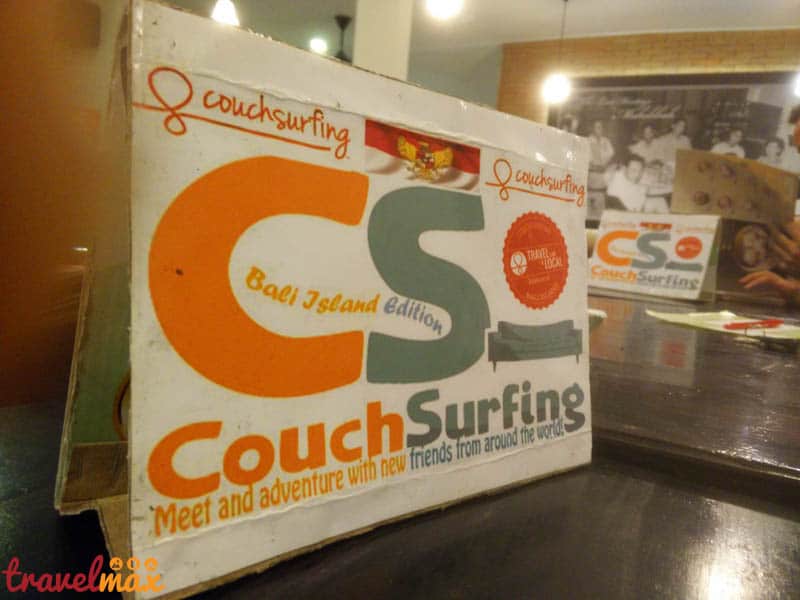 A tent cut out for the CS meetup

Staying the night out!

Later that evening, when the meet was about to wrap up, 7 of us decided to explore the happening streets of Bali and gulp down beers. We visited Seminyak, Kuta and Legian. These 3 areas are well known as party destinations and we explored all of it. We had a lot of fun and ended up partying till 4 am in morning! To know more about our escapades that night, read my blog about Bali Nightlife. 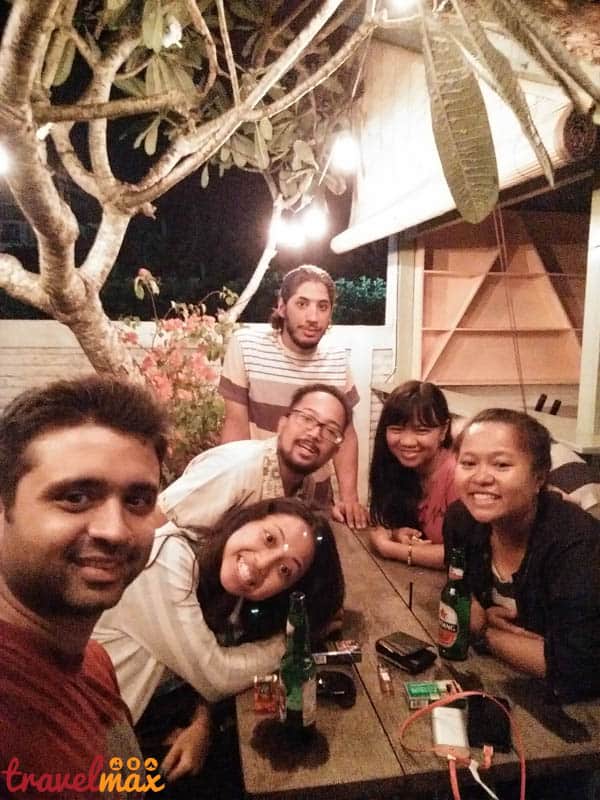 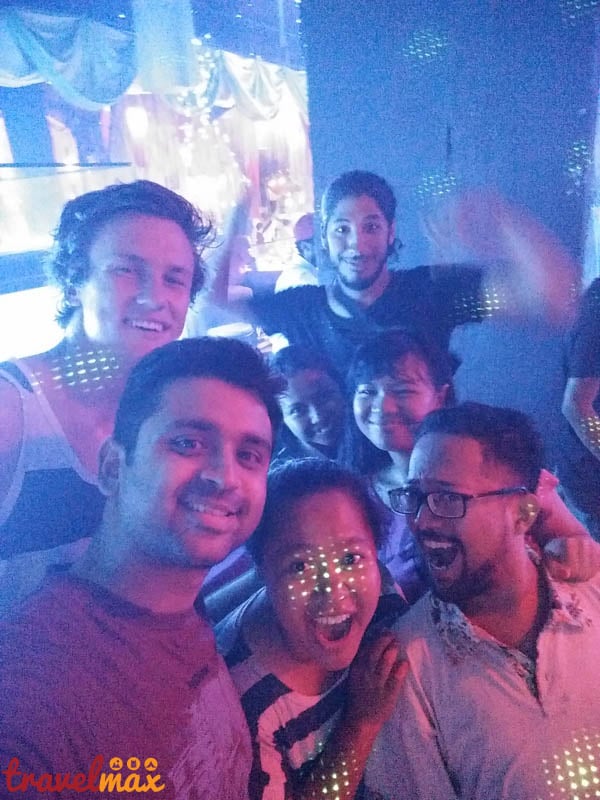 At 3 AM with these lovely folks

I was thrilled to find friends in a far off distant land! A day before, I was all gloomy thinking Solo trip was not a good idea. But, I stood corrected the next day! I met these people through Couchsurfing and had a gala time in Bali. Later, one of the Couchsurfers also hosted me when I visited Ubud.  He was my first host through Couchsurfing and it was definitely a good experience. We talked like long lost friends!

Couchsurfing really made my Solo trip worth it. But, I didn’t realize that this was only the beginning. I was set on this epic solo trip and was going to have a lot of great experiences while making new friends from all over the world!

Read about all of my solo trip experiences across Indonesia, Vietnam & Singapore by visiting this section about the Solo Trip.

I thought I’d rather travel with friends than travel solo. But, with Couchsurfing around, you have friends all over the world!

Have you taken a solo trip? Did you use Couchsurfing? Share your experiences with me in comments 🙂

How Couchsurfing Helped Me During my First Solo Trip was last modified: October 29th, 2016 by Umang Trivedi

Hitchhiking in Ubud – Lessons learnt while taking Lifts from Strangers

Here’s why I am on Couchsurfing and...

Why I liked Bomdila more than Tawang...

Being Curious – Discovering a secret cave...

Exploring Ubud – The Cultural Heart of...