You’ve got friends all around the world. If one day someone told you this, wouldn’t it be awesome? Well, it sure would! It would be absolutely fantastic if you can just fly to any country and find a couch to crash on for a few days. Your friend will tell you the best things to do in his/her city, show you the famous lanes where memories are made, direct you towards the nearest bus stand or metro station from where you can explore this new city you have just arrived in. But, it doesn’t seem to be possible right? How can you have friends all around the world? Well, Couchsurfing is the 1st step towards that! 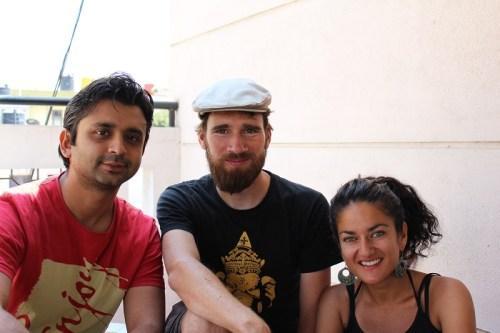 For the uninitiated, Couchsurfing is a global community of travelers and locals who love to meet new folks from different walks of life. You can host travelers visiting your city or stay with a local while visiting a new destination. Mostly, these folks are genuine and the credibility can be tested by reading the references they’ve got. But, let’s talk about how to determine the credibility of a Couchsurfing user later. First, let me share my own experiences of using Couchsurfing in India and abroad.

How did I start using Couchsurfing?

When I was in Mumbai, Akshat, a college friend, introduced me to Couchsurfing in India. When I first heard the idea of hosting strangers in my house, I cracked up. Why would I ever let a stranger sleep on my couch in my hall or allow him to sleep on an extra mattress in my room? But, when I checked out their website later that evening, I saw some great experiences being shared by folks as references for their guests or hosts. Well, I was fascinated by the idea now.

Now, Mumbai didn’t allow me to host folks due to some reasons. But, I and my friend organized a pub crawl meet and were disappointed when only two people turned up, even though some 20 folks had shown interest. We ended that pub crawl after hitting one pub in South Bombay. But, this experience made me lose interest in Couchsurfing. Maybe it’s a great idea if it’s not India, I thought.

After a year or so, I planned to visit Indonesia & Vietnam for 1 month. Once I was sorted with all the formalities, I thought to try Couchsurfing and asked folks in Bali if they can host me. In the references section, I just had one reference, the one which my friend had written for me. I was rejected by almost 25 hosts in Bali alone! But, I still went ahead and sent requests to hosts in Gili Islands in Indonesia. Luckily, I got accepted as a guest in Gili Meno, one of the three Gili Islands. I would later discover that getting accepted by this host in Gili Meno would be the best thing about my Indonesia-Vietnam Trip. 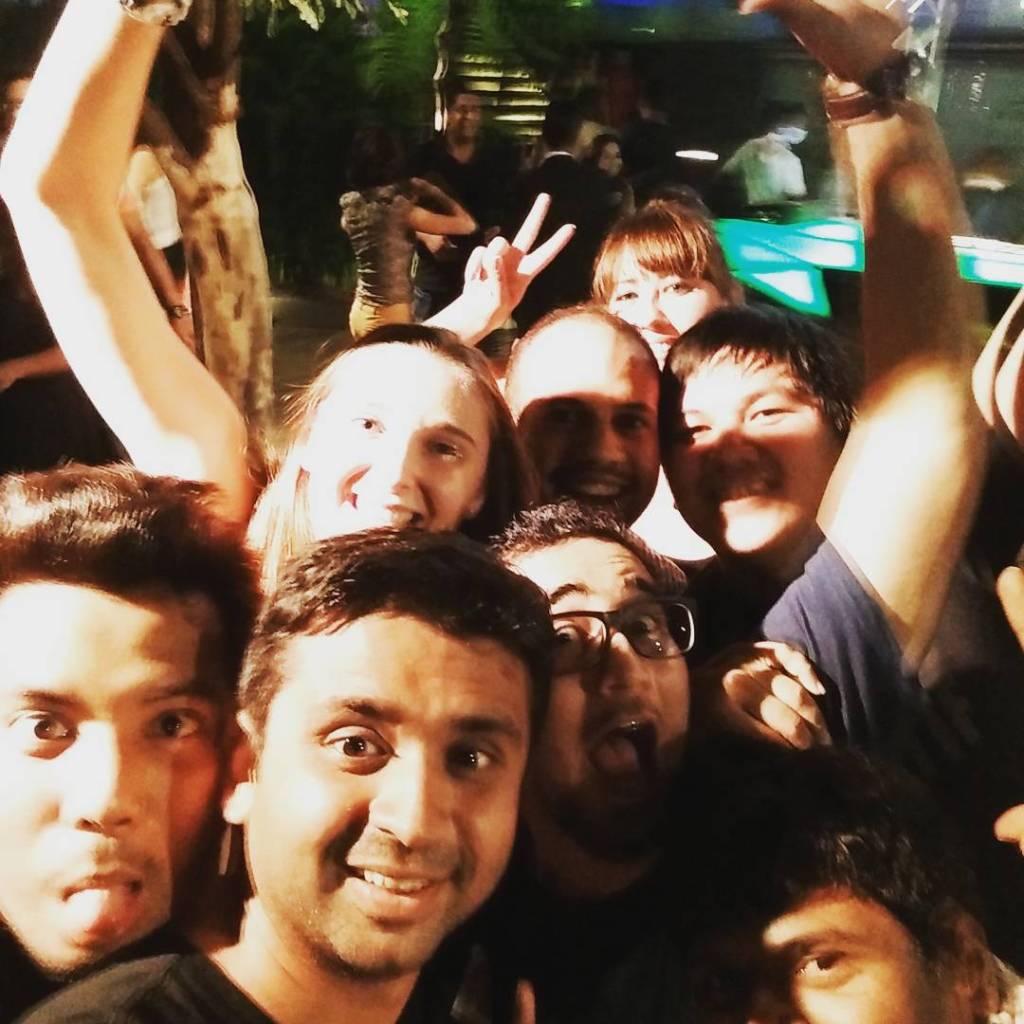 I now had a positive mindset about Couchsurfing and when I reached Bali, I joined a Couchsurfing meetup.  and met some 15 Couchsurfers in a cafe and later, 5 of us went pub hopping. Traversing through the upbeat lanes of Bali, we had great fun and ended up partying till 5 Am in morning. I had just made friends in Bali! To read my detailed experience, read this blog post: How Couchsurfing helped me during my first Solo Trip.

Later, I met folks in Vietnam, organized a pub crawl in Singapore which was a smashing hit and was hosted by one Couchsurfer in Ubud and one in Gili Meno.

When I returned to India, I was already hooked! I decided to give back to the Couchsurfing community due to the experiences I had during my trip. I started hosting folks from different walks of life.

My experience of Couchsurfing in India

When I started hosting travelers through Couchsurfing in India, I was very skeptical. What if a rogue hippie stays with me and while I sleep, steals away my laptop and phone? But, I decided to try and stay extra safe when the first guest arrives. I locked up my cupboards and put everything inside. Kept the key under my pillow before sleeping. But,  when I interacted with my guest during his stay, I learned to trust him and have never locked away my valuables again when a Couchsurfer arrives. 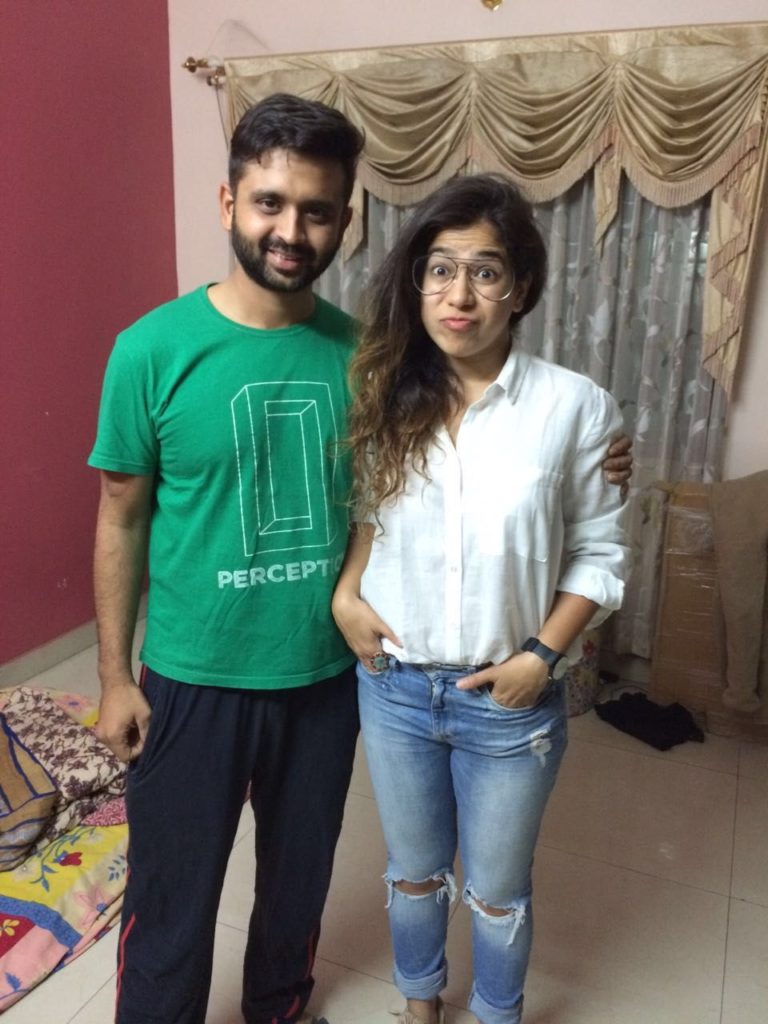 With Roma from Delhi

I have hosted a German couple who had hitchhiked all the way from Germany to India, via Iran, Turkey, and Pakistan along with other countries. I found their story inspiring and decided to post their interviews which can inspire more folks. Read about it here: Hitchhikers from Germany.

I have also hosted an Indonesian guy,  two French couples, a Delhi girl, two Spanish teenagers, a British lad and a few other solo travelers. Since childhood, I have been fascinated by stories and different cultures. Hosting these kind folks gave me a perspective in their lifestyles and many of them inspired me with their lives.

With Ju Liette & Flo from France 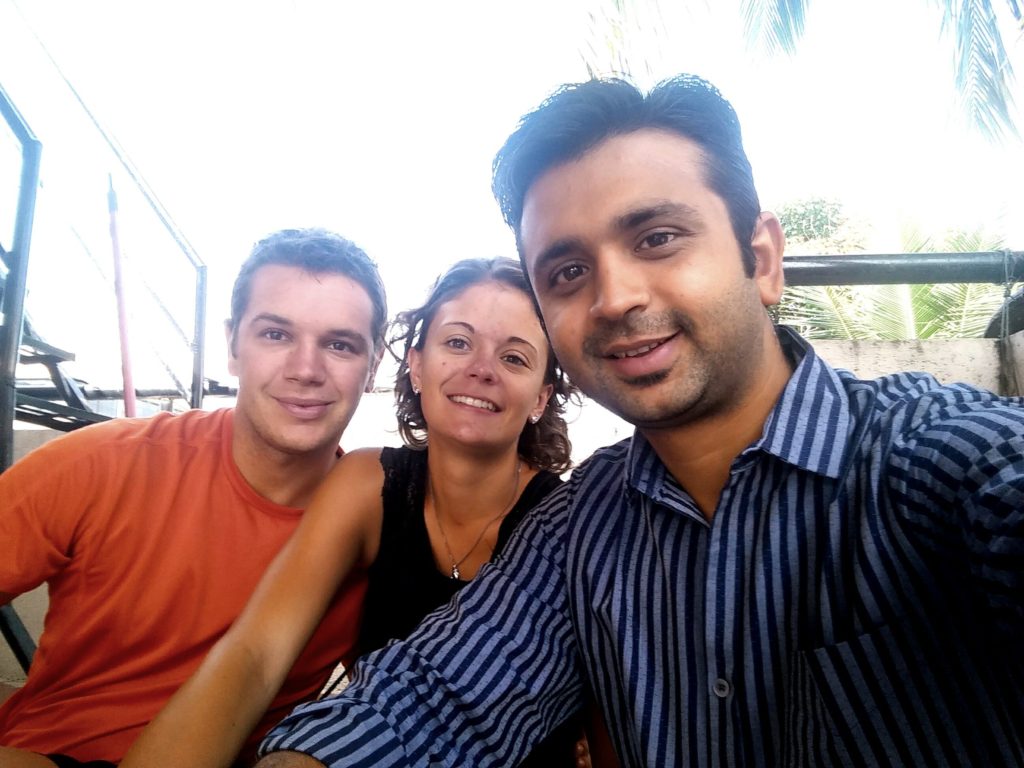 With Virgile & Anna from France 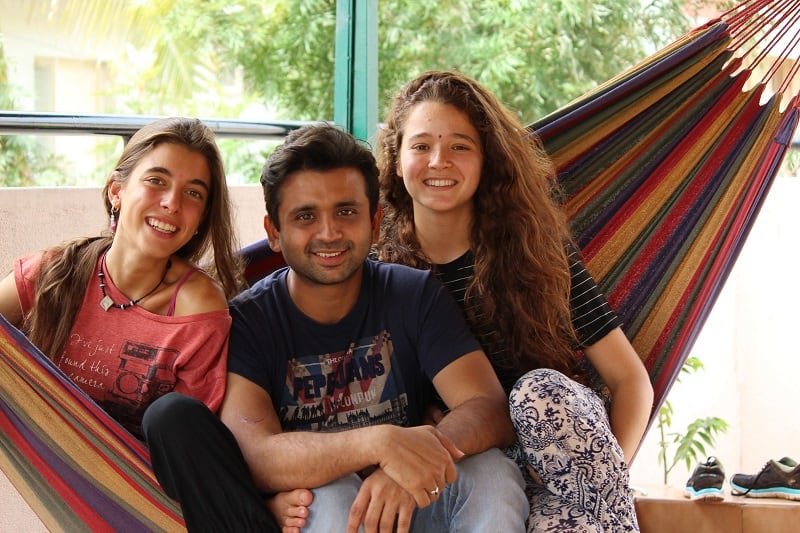 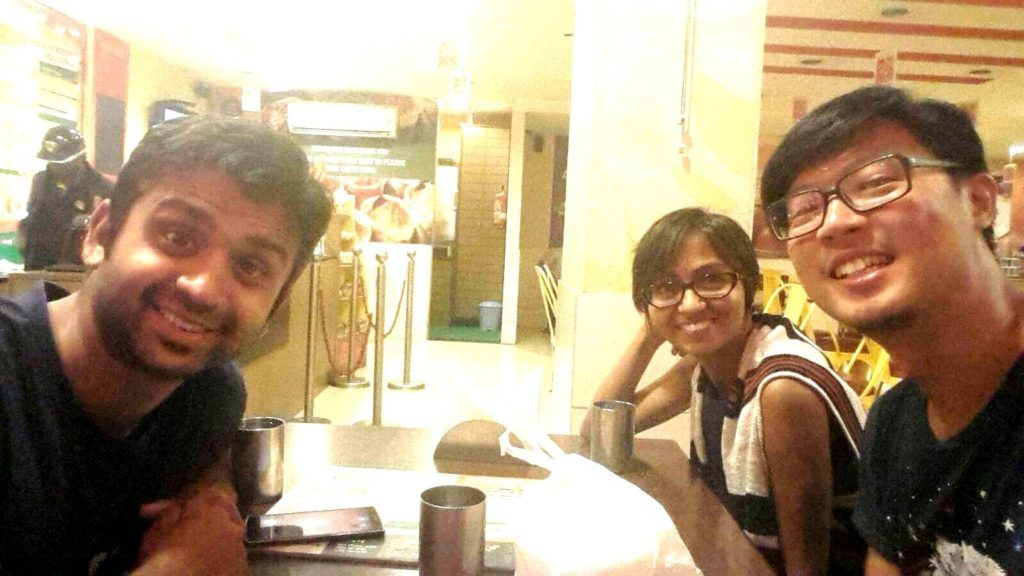 Jojo & Deepshikha. Jojo was from Indonesia & Deepshikha is an active Couchsurfer in Bangalore

All these folks were amazing people and had a lot of stories and crazy experiences to share.Instead of leading a monotonous and regular life, they decided to travel the world or at least start with some part of it. Couchsurfing in India needs to grow more so that more people can meet such travelers and get inspired to take a bold step in life.

How to check if a Couchsurfing profile is genuine?

Couchsurfing in India has not picked up as it should have. Many have negative notions about hosting strangers. But, what I have realized is that there are some ways to keep uninterested or doubtful profiles at bay. Not only because you will have less skepticism in hosting them, but also because there are genuinely interested in staying with you and are not just wasting your time. In past, I have stayed home, hoping for guest to arrive but, they just disappear or cancel at the last minute.

So, the 1st thing to see is to look at their references. If they have more than 5 references, it should be safe to trust them. However, there is no guarantee of them being safe to host and I’d recommend listening to your intuition. But, this doesn’t mean that all Couchsurfers having less than 5 references are untrustworthy or not genuine. They might just be new to Couchsurfing. So, how do you filter genuine profiles out of the bulk? Here’s what I do. Add a question to your profile and ask them to answer it while sending you a request. This means that they have read your profile and are not just sending mass messages. It will save a lot of your time & effort. Go to my Couchsurfing profile and let me know if you can find my question.

But, despite filtering genuine Couchsurfers, there is no assurance that you might not have a bad experience. Hence, your gut feeling about the guest plays a very important role here. Even if you have the slightest doubt about hosting a guest, feel free to reject the request. This applies more to the female Couchsurfers. Be extra cautious while hosting solo male travelers. It’s not that every solo male traveler is looking for the same thing, but your safety is of paramount importance here. Having said that, don’t be afraid to have new experiences. If you feel positive about a male guest, please go ahead and host him.

In a nutshell, Couchsurfing in India is a great way to meet people from different walks of life.  With caution and confidence, you will open doors to an experience which I call one of the best things that happened to me.

Have you used Couchsurfing? Share your experiences with me in comments below.

Here’s why I am on Couchsurfing and you should be too was last modified: October 5th, 2017 by Umang Trivedi

How to select your Travel Insurance plan? Tips to travel safe

Does traveling together strengthen friendship? Well, I...

How Couchsurfing Helped Me During my First...

I haven’t personally had the chance of crouchsurfing, but want to do it soon.
About the trust issues, there are good people and bad. A friend of mine recently told me about his first time experience- he was headed to Goa and a host had accepted his request. On reaching at the address, he found the house open with his host nowhere around. Instead, there was a foreign lady in the house who welcomed him. She was another couchsurfer staying there. The host returned home later and informed him she has 17 house keys and different people have it. Her bathroom is adorned with wonderful messages from people who have stayed with her praising her hospitality. ‘How do you trust people with your house?’ my friend asked her. She said, “I got robbed 1 time when a guy stole my laptop. Apart from that I have hosted hundreds of people and they have never been bad. Why should I let one negative story impact so many positive ones?’
That’s how amazing people are 🙂

True, there are folks who will leave a bad experience for you. But, it’s good to know how the lady reacted to it!

Its amazing what you guys are doing! Where it’s so difficult to trust people these days, it’s wonderful to know that such activities exist re-instilling the faith. I would love to be a part of it. Soon, hopefully. Thanks!