Every time, I meet other travel enthusiasts and we talk about North East India. We always say that North East is so beautiful & untouched, everyone should definitely visit it. I also share my plans of visiting it soon, but it was this year that I finally decided to go.

Planning for North East can be a bit overwhelming. The region has so much to offer and the information available on the internet is not as copious as for, say, Leh Ladakh. I decided to go to Arunachal Pradesh because it’s the one state, apart from Sikkim, which has massive mountains. Sikkim is turning to a mainstream destination given the easy accessibility by taking a flight in Bagdogra and destinations like Darjeeling have been famous since ages. Given I always prefer offbeat destinations, I decided to go for Arunachal Pradesh. 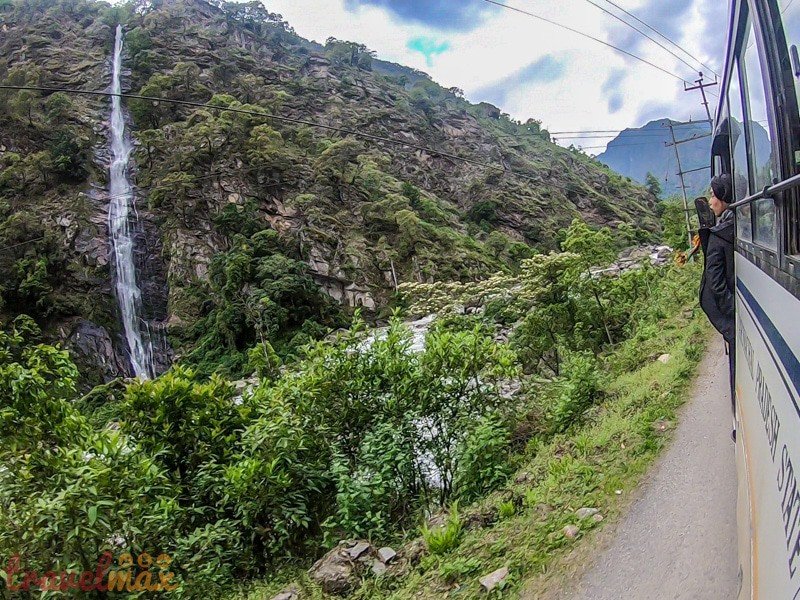 I am always on a look out for offbeat destinations and experiences. This pic was taken while going to Zemithang, a much lesser known village.

Arunachal Pradesh is a massive state. The West to East border spans a distance of more than 1200 KMs! If you look at the map of Arunachal Pradesh, you can’t go from one point tucked up in north to another, especially if you are traveling by public or shared transport. You have to come back south and almost touch the Assam Border before embarking upon another destination which doesn’t fall on your current route.

For example, I took the Tezpur – Bhalukpong – Bomdila – Tawang – Zemithang – Tezpur route. Now, if I want to go to Ziro Valley, without coming down South, it’s not possible. Even though there is an apparent road through Seppa, there are just no transport options available to cut short one route and hop on to another. In order to go to Ziro valley, I will have to come back all the way to Itanagar and then again go up North. That means a day or two more in traveling.

This is maybe to keep the travelers on one route and in compliance with their permit.

Read – How to get Inner Line Permit (ILP) for Arunachal Pradesh 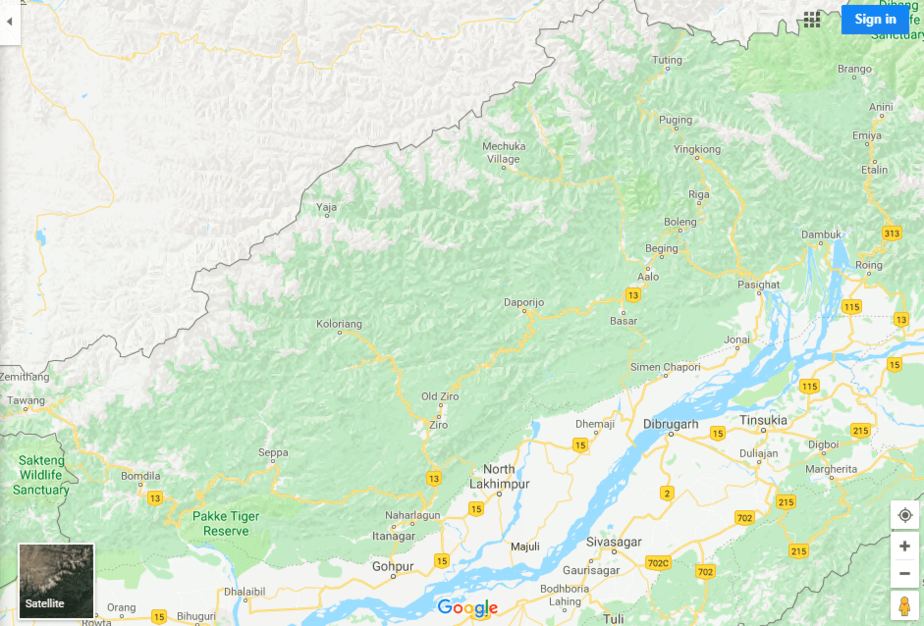 Map of Arunachal Pradesh – See how a route goes all the way up in the North and them comes back to South, close to the Assam border.

Below mentioned are the recognized routes where you will easily find public buses or shared Sumos. If you try to hop from one point on a route to one point on another, getting a public or shared transport is next to impossible.

Tezpur – Bhalukpong – Bomdila – Tawang – Zemithang (The route which I took)

For more information on all these routes and what to expect, check the official website. 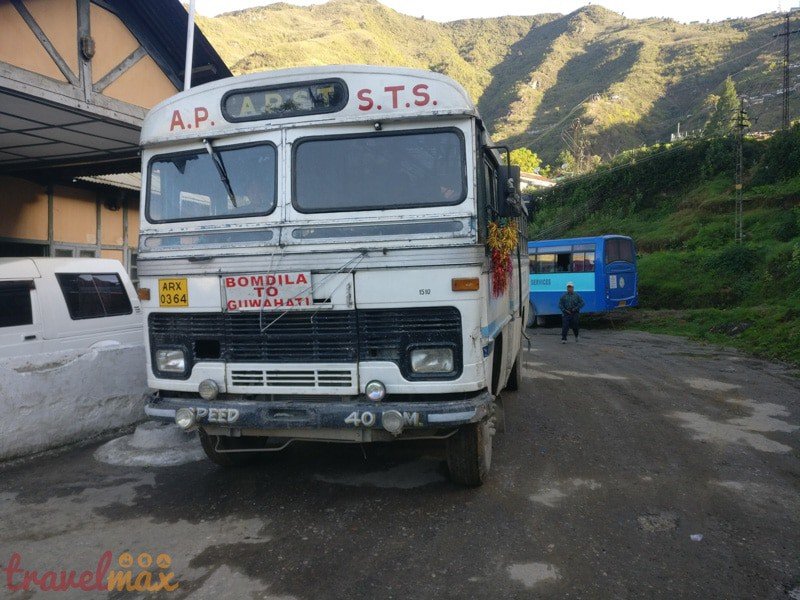 A typical public bus plying on the Bomdila – Guwahati route. Don’t expect a lot of luxuries.

I decided to take the first route because of the higher altitudes and weather conditions. The monsoon sets early in the east Arunachal as compared to west. Also, the average altitude of West Arunachal is more than that of East. On the route which I took, the Tawang one, I was able to experience two high altitude passes: Sela Pass (13,700 feet) and Bum La pass (15,200 feet). If you also have a penchant for high altitude, you can also consider the routes in west.

Like every state in the North east, Arunachal Pradesh also receives a lot of rainfall. So, it’s best to avoid the rains if you are planning to explore and use public or shared transport. However, if you want to chase monsoons in particular then the 82% forest cover in Arunachal Pradesh will totally exhilarate you.

The Monsoon sets in early in East Arunachal, around April mid. While West sees the monsoon set in by May mid. I went for 15 days at the beginning of May, it was mostly cloudy and drizzled on some days. But, the eastern towns like Mechuka were already soaked in heavy showers.

Here’s when you should go depending on what kind of landscapes and weather conditions excite you.

November – April: The temperature dips to around 0 degrees at high altitude destinations like Tawang (~9000 feet). The lower altitude areas are dry but pleasant. The landscapes are snowy and there is experiencing snowfall is almost certain. Some roads, like Sela pass, and attractions, like Bum la pass, may close without any warning in case of heavy snowfall. However, roads to the eastern towns might be unaffected.

May – August: Be prepared for heavy showers. Towards the later part of this season, a lot of greenery will take over the landscapes. Arunachal Pradesh is really green and beautiful. But, the rains might spoil your hiking plans or road trips.

September – November: Green, lots of green. The post monsoon season leaves Arunachal Pradesh gleaming with shiny green tree leaves accompanied by gorgeous sunshine bouncing off them. If you ask me, this might be the best season to visit Arunachal Pradesh. However, this year I had other travel plans during in October, so I went in May. I didn’t want to push North East by yet another year. 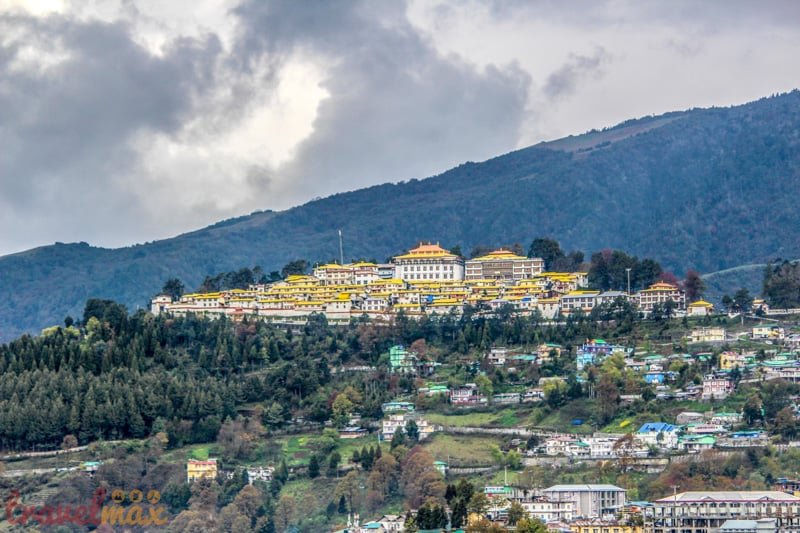 So, that’s pretty much how you can plan your trip to Arunachal Pradesh. I hope you find this helpful.

How to plan a trip to Arunachal Pradesh was last modified: June 10th, 2018 by Umang Trivedi

Holi Festival – All You Need to...

Tips For A Perfect Stay In Bangalore

Ponmudi: A Jewel Hidden in Kerala

Dandeli River Rafting – Traversing through the...

Drass Travel Guide – What to Expect...

Nice Post you have shared with us. It becomes very useful for me because I am planning a trip to India In the upcoming month. So Thank you for sharing such a wonderful blog.

Great Article You have Done And amazing photos of Arunachal Pradesh and it is the Best place for travel in India.

Hey,
I have read this article. your tips are really helpful.
Thanks for sharing information.
Great Work!
Keep it up!
Look at our:
Luxury Resort

I was planning to visit north-east India for a long time, especially Arunachal Pradesh. Your guide has helped me to plan out the trip. Thanks and keep up the good work.

Informative Article, such a nice place to visit there are so many beautiful and religious places in arunachal pradesh keep posting

Congrats for your blog.

Absolutely great posting. I actually happy when i done this topic. I am excited world have a excellent author. Always i am waiting for next reading. Thanks a lot for great posting share.

I did not even think before coming here that I could read such a great topic. How can a person communicate so nicely? I want to come here again because I do not want to miss such a good post. There is nothing to say.

Very useful article. we plans every year at list one personal trip. this year luckly we will go to Arunachal in June for 7 days .pl give information about availability of pure vegetarian food and, must visitable place.

This is one of my favorite place in India I really like your article thanks for sharing keep posting:)

Your article is good, really it is useful for travellers, iam also planning to go arunachal pradesh next week.It is very useful for me. Thanks for Sharing this post.

The piece of exploration and expressing it was really good thanks for posting the map and some good images i should really plan a trip to this place.

Tawang Monastery is looking fascinating. I will definitely visit Arunachal in the post-monsoon season

I am glad to find it. There are so many developers working on this part but this is one of the best innovative post ever. Thanks for such post.

Thanks for sharing such a useful blog…Keep posting…

Awesome post!
I really loved the way you describe..