Is Tso Moriri Lake in Leh better than Pangong Lake?

We all seek inspiration to travel from a lot of mediums. Be it movies, blogs or Instagram. Every anecdote of an awesome destination makes you expand your travel bucket list. With a lot of new destinations and attractions being portrayed actively on these platforms, our wanderlust never ends. One such attraction which received a lot of fame is Pangong Lake, Leh.

Shown in the movie 3 idiots, Pangong Lake left people wondering if the location was actually in India and they were delighted to find the truth. Among the blogger community, Pangong Lake was already famous, but the last scene of 3 idiots put it on the main tourist grid. When I visited Leh recently, I saw Pangong Lake on almost every itinerary designed by the local tour operators. They refer the lake as 3 Idiots Lake in their Ladakh tour itinerary to attract the clientele. In fact, there are a lot of other attractions as well in Leh which have been named after its appearance in 3 Idiots. The school shown in movie’s last scene is now named as Rancho’s school. There are a couple of cafes also named after the movie.

Considering all these fame surrounded around Pangong Lake, when I visited Leh, I decided to opt for another beautiful lake, Tso Moriri. The meaning of Tso in the local language is a lake, hence this is known as the Moriri Lake as well. The landscapes were pretty similar to what is depicted of Pangong Lake in the movie, 3 idiots. The stark contrast between the water, sky, and land was brilliant at Tso Moriri as well. The dominating clouds at the distant horizon created a picture-perfect setup to admire. Far in the distance, an impending shower made a part of clouds dark. The showers were visible soon after, in the form of gray streaks above the distant mountains. As the dark clouds traversed in our direction, we quickly snapped some pictures for us to reminisce later. 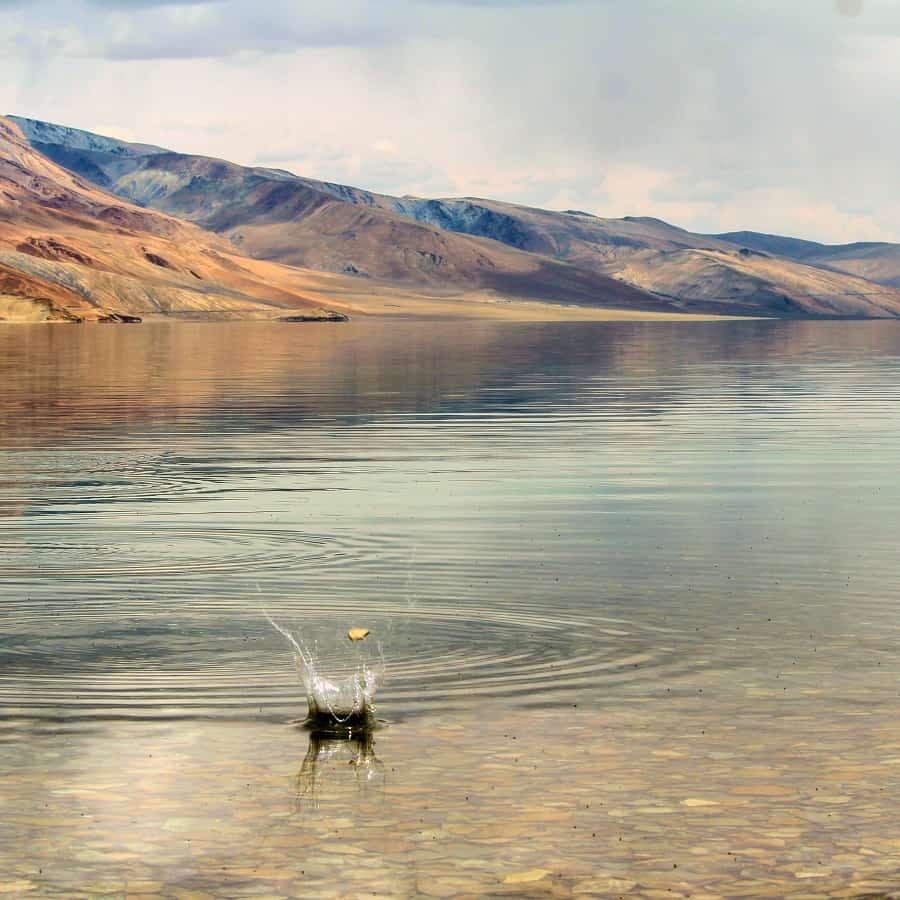 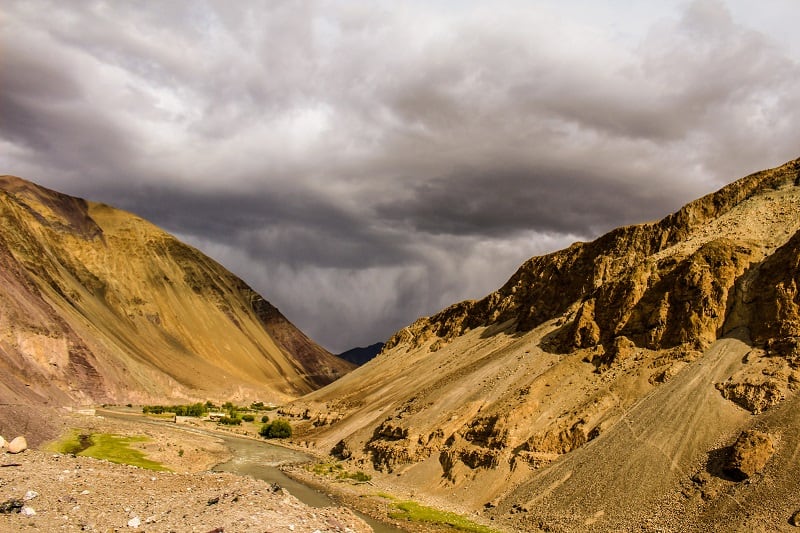 Some of my friends plunged into the cold waters, in oblivion to the imminent showers. A couple of birds circled around above us, scanning the waters from fish. Some ducks appeared closer to us, having not witnessed a lot of tourists here. You can read my details Tso Moriri experience here. 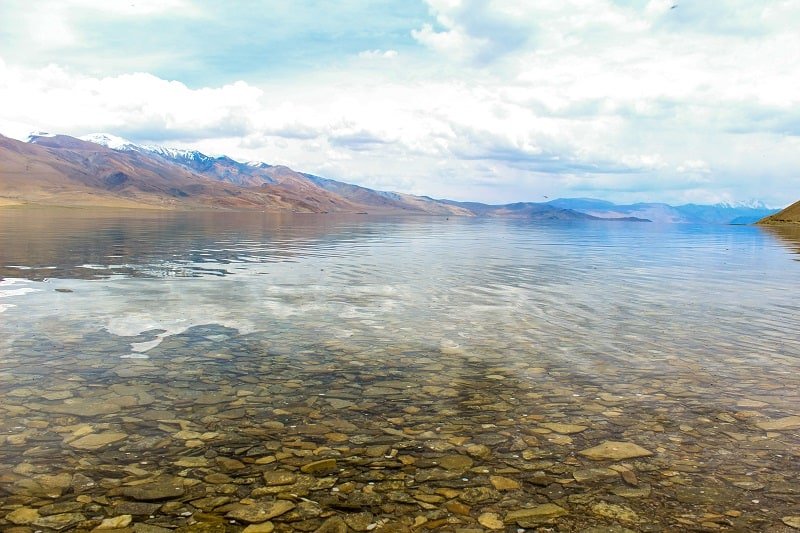 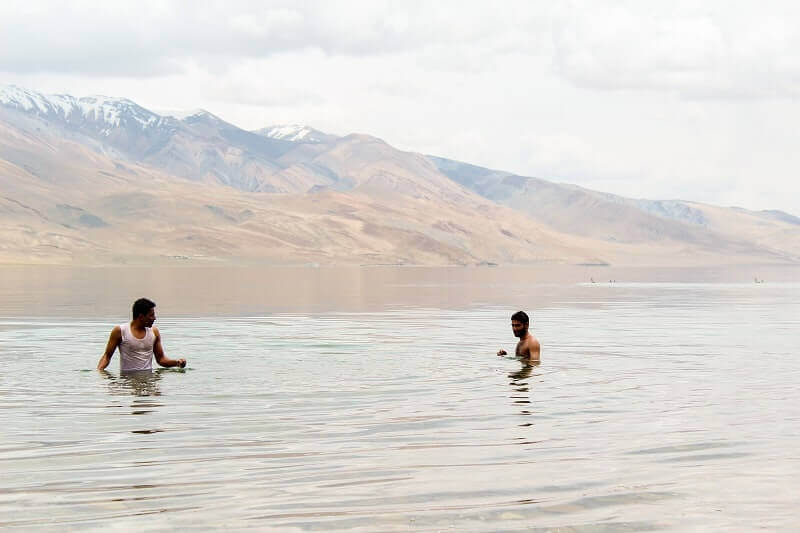 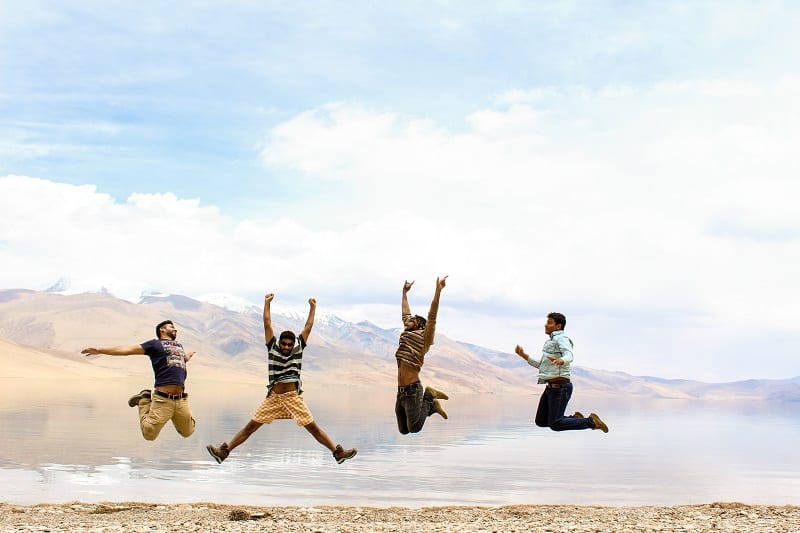 Even though the landscapes that Tso Moriri Lake presented to us might have been similar to Pangong Lake, there was one thing which would rule this debate in Tso Moriri’s favor for me. There were literally no other people when we sat at the bank of the lake, timing the ripples created by the calm wind. No other vehicle approaching or leaving us. When you leave for these lakes from Leh, you see a common road till a point. From that point, the road bifurcates in two, one leads to Pangong Lake and other to Tso Moriri. After that point, we were the only car which we saw en route Tso Moriri. However, we did see some bikers keeping us company.

I haven’t been to Pangong Lake. I will, when I visit Leh again. Ruling the judgment in Tso Moriri’s favor might be unfair without having visited Pangong Lake. But, I interact with many other travelers and if the scene at Pangong Lake is as they say it is, then I would surely recommend Tso Moriri over Pangong Lake. However, they say that everyone has a different perception about things, especially when it comes to travel and this is just my opinion.

Having seen the images displayed above, you can take a call whether to visit Tso Moriri or Pangong. In case you have visited both, do share your experience with me in the comment section below.

Kochi – Visit The Kaleidoscope of epic travel experiences in Kerala

Drass Travel Guide – What to Expect...

Here’s why I am on Couchsurfing and...

A well-written and informative article. Would love to read more of these. Kudos 🙂
Also, visit http://www.wheelstreet.com and book your favorite bikes for Ladakh by paying just 20% as booking amount. The place where the heavens meet the earth awaits you. So what are you waiting for?