Why I liked Bomdila more than Tawang in Arunachal Pradesh

If you are traveling to Arunachal Pradesh, you will definitely come across Tawang while doing your research. The town is home to India’s largest monastery. The Tawang Monastery is an imposing structure perched atop a hillock close to the Tawang town. The massive mountains in the backdrop make this monastery stand out in the beautiful stretch of landscape. The bright yellow colored roofs craft a delightful view from distance.

However, given the popularity of Tawang, it seemed like a tourist destinations. Of course, in comparison to Leh, Tawang can still be considered lesser known. But it is the most popular destination in Arunachal Pradesh and hence is one of the highlights of the travel packages offered by travel agents. 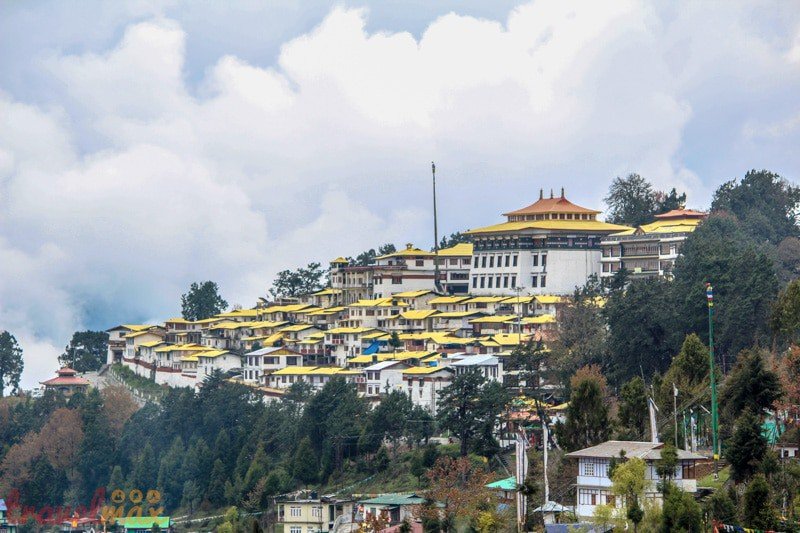 Tawang Monastery. The massive mountains in the backdrop stay hidden behind the dense clouds.

I spent 3 nights in Tawang. On the first day, I reached when the Sun was already setting. On 2nd day, I visited the Tawang Monastery and one Anni Gompa. Anni means female monks and this particular Gompa was home to them. On the 3rd day, I had planned to visit Bum la pass, which turned out to be Tawang’s highlight for me. Managing to visit Bum la pass as a Solo traveler is a bit tricky, I will be sharing my experience in a separate blog post. 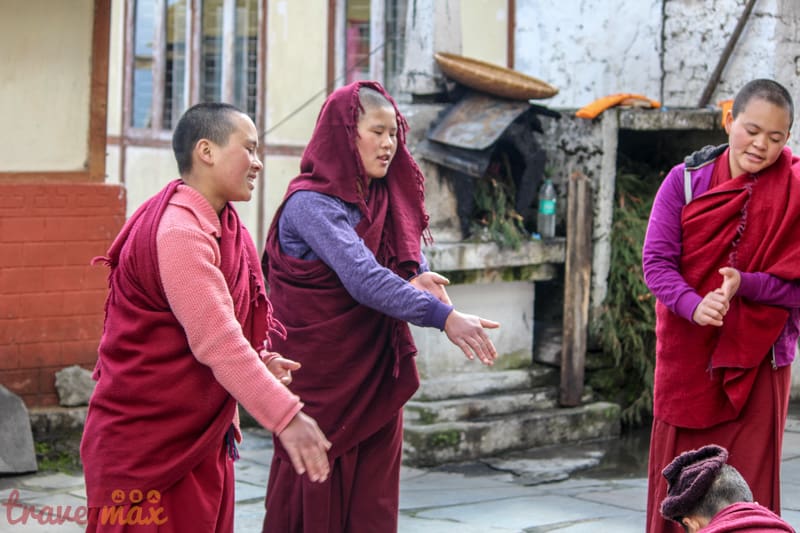 The female monks at Anni Gompa 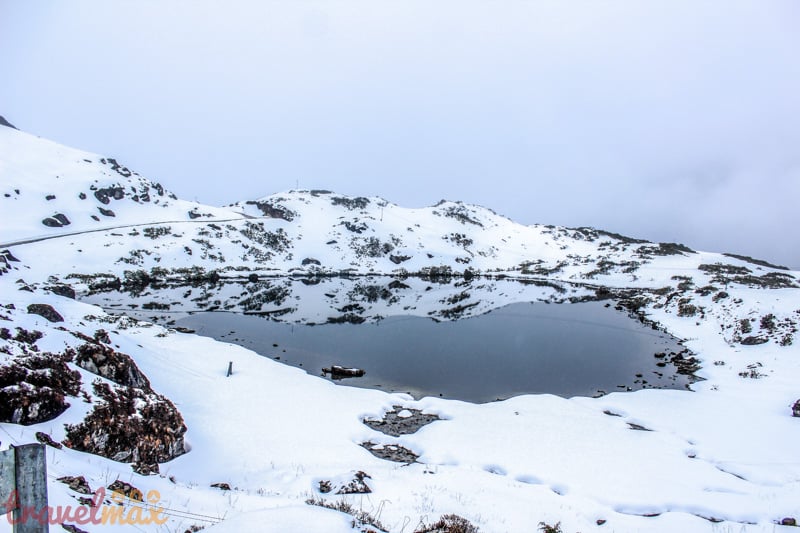 Enroute Bum la pass. The snow covered terrain was splendid, studded by numerous lakes. You just can’t miss Bum la pass while visiting Tawang if you love snow like I do. Fortunately, I witnessed snow fall during my visit to Bum la pass.

Why was Bomdila better for me?

If Tawang is portrayed as the highlight of any Arunachal pradesh travel package, Bomdila is considered as a stop over. It is difficult to reach Tawang from Guwahati or Tezpur in one day. Hence, it is recommended to stop in Bomdila for one night.

Most of the travelers reach Bomdila in evening and leave for Tawang the next day. Some decide to stay for 2 nights and visit the 3 monasteries near the town. But, I stayed for 5 nights in Bomdila! 2 nights before heading to Tawang and 3 nights while returning. I wanted to stay more before going to Tawang. But, I left after 2 nights considering I can always leave Tawang earlier than planned and then stay in Bomdila while returning. Which is exactly what I did.

Staying in Bomdila was all about being curious. I used to point at various structures in the mountains and ask the locals about it. They used to point me in the right direction and I just used to follow the road. Sometimes, I wasn’t sure of the route, but I still continued. After all, can travel be exciting if there is no curiosity? No exploration? No uncertainty? Well, not for me!

Highlights of my Bomdila experiences

When I reached Bomdila, it was already dark. The Sun had set behind the mountains long time back. The locals had already tucked themselves in warm blankets and the dogs had taken over the street. I checked in the cheapest hotel possible and woke up the next day without any alarms. Another benefit of not planning your trip, you can afford to take complete rest after a tiring journey because you don’t have to worry about ticking places.

On 2nd day, I hiked to the Upper Gompa around afternoon. The clouds had completed taken over the sky and it kept drizzling. I took out my umbrella and reached Upper Gompa in an hour or so. While I was walking towards it, the spiritual chants filled the air. The monks in Bomdila place loud speakers at the monasteries so the chants echo in the valley. It was indeed a peaceful time.

At Upper Gompa, I talked to some locals about more places to visit. Places which haven’t yet found a mark on Google maps or tripadvisor. They told me about this Cave temple which is apparently very difficult to reach. Especially for tourists as there is no marked route. Now, that’s what really got my attention and I decided to go exploring for it the next day.

The first half of my 3rd day in Bomdila was earmarked for finding this temple. I entered an army restricted area with relevant permissions and began my journey to explore the unknown. The army lads took my phone number so they can call me if I don’t turn up before 10 AM. Well, I found the cave temple and came back before 8:30 AM. During my entire journey to the temple and back, there was not a single tourist that I saw, not one. I guess that’s the beauty of taking an offbeat path. 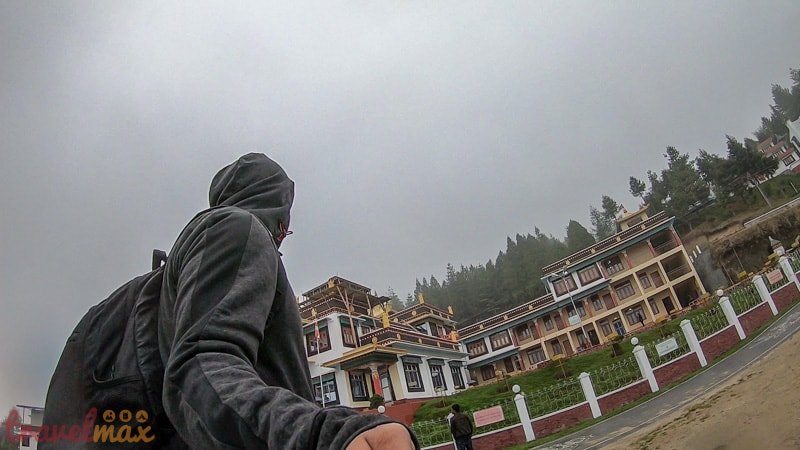 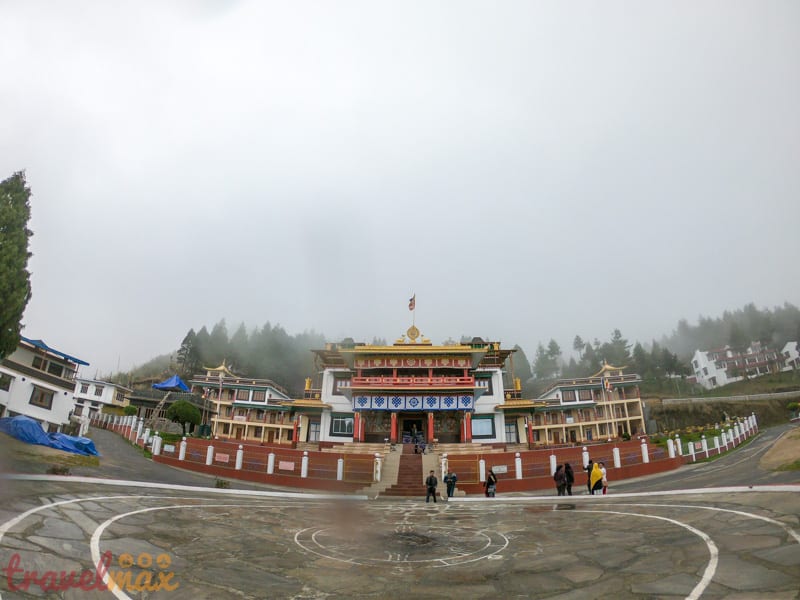 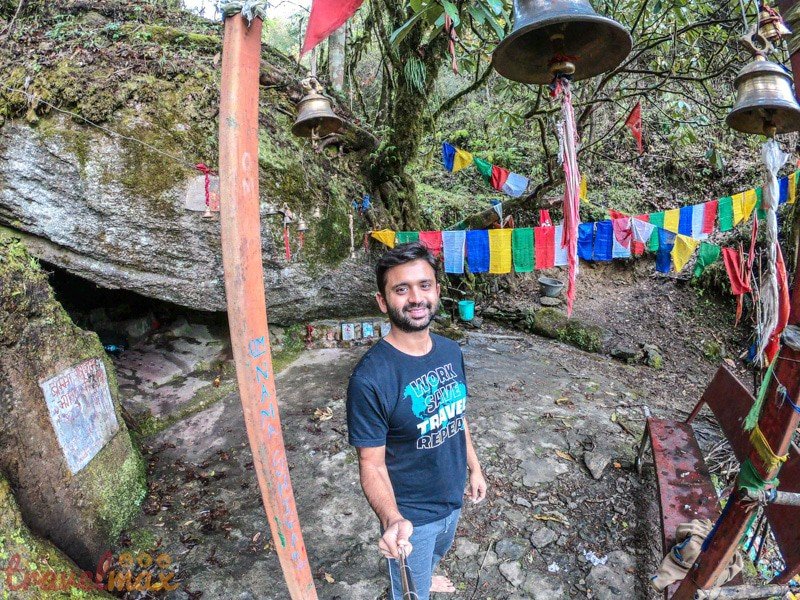 The peaceful cave temple. Hands down the most peaceful place I have been to in my life.

While returning from Tawang, I again stayed in Bomdila for 3 nights. This time, I randomly hiked in the mountains and clouds, figuring out a path to a temple or Gompa which I was curious about. My curiosity paid me handsomely as I reveled in some breathtaking views and hiked amidst clouds. I visited a Snake temple and one Gompa. The latter was still under construction and even the locals didn’t know what was it. The under construction Gompa is made for Guru Padmasambhava, the same Guru who is known for Tiger’s Nest monastery in Bhutan. 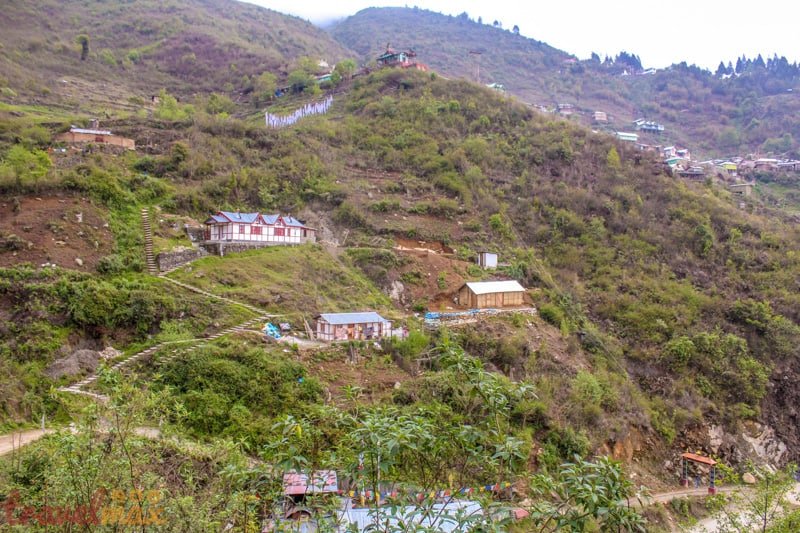 The Snake temple is perched on the hillock close to the white flags. I started my hike form the gate that can be seen in the bottom right corner. 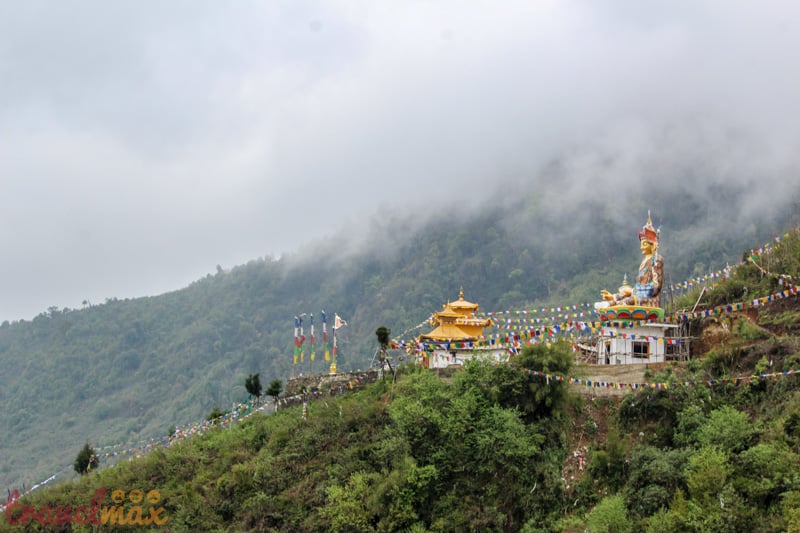 The Padmasambhava temple which even the locals didn’t know about. 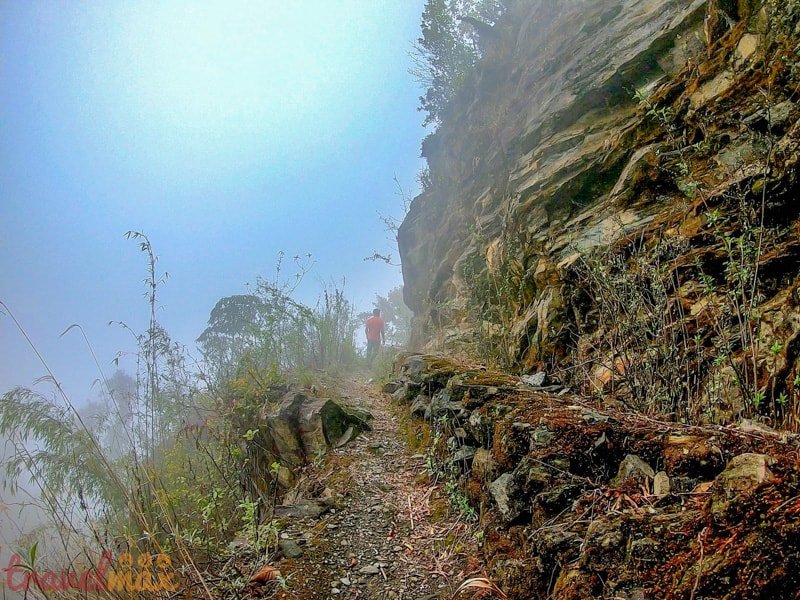 Hiking in clouds was exhilarating! Much peace, Much Wow!

All in all, I absolutely loved Bomdila. If you ask my favorite destination in Arunachal Pradesh as of now, it wouldn’t be Tawang, but Bomdila! I am yet to visit the eastern side of Arunachal Pradesh. So, let’s see if there are more surprises waiting for me amidst the rugged and magnificent landscapes of this gorgeous North Eastern state!

Why I liked Bomdila more than Tawang in Arunachal Pradesh was last modified: October 12th, 2020 by Umang Trivedi 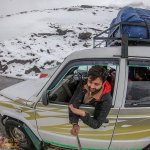 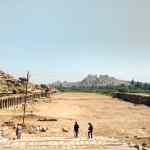 5 Must Visit Places in Karnataka

Redefining adventure – Trekking with a Naga...

Fun Things to Do in Thekkady with...

I am looking for such an informative post for a long time. Thank you for this post. I have a site you can follow it needo (dot)com/blog

For sure I should visit Bomdila after reading this! Stunning pictures…

Thanks for the post actually we had a trip plan to Himachal but we don’t have any idea you writing helps me a lot thanks for that not only text your image speaks a lot about your exploration.

Hi Umang, is it ok if we travel in December to Bomdila & Tawang.

Yes, it’s okay. But, be prepared to face cold weather and experience a lot of snow

Hello Umang..
Do you think its worth staying in Bomdila for 3-4 days bcoz tourist usually comes for 7-8 days & they wish to cover all the possible renowned Arunachal tourist spots. What do U suggest ?

Frankly, maybe 3-4 days is not required for Bomdila if you don’t wish to explore the mountains and go on untouched treks. But, if you are an explorer, Bomdila wouldn’t disappoint even if you stay there for a week.

I want to drive my car from bomdila to Tawang .
I last visited in April 2011 and found the road bad .
How is the road now.

Umang, thanks for this post 🙂 I am working on a plan for Arunachal and by design, i have planned for more time in “not so regular” places. So, i started to find places to see and i land here.
Btw, do you have map locations of the snake temple and the other one? Not able to find them. thanks in advance

Hey Umang,
Can you give me the directions for the Cave temple and where-in to get the appropriate permissions for the same?

Wonderful pictures!! Thanks for sharing this interesting blog. Your post is amazing and informative.